The Trump administration is gaslighting White voters now that Joe Biden has picked Kamala Harris. Will the White electorate take the bait?

Photo by Element5 Digital from Pexels
14.AUG.2020.
For the past three months, at protests all over the country, the photo shown below has been a familiar scene; a coalition of voters from all walks of life, economic statuses, and national origins. At times, in some locations, the Black Lives Matter protests have been arranged by and mostly attended by non-black people. Despite the heartbreaking motivations for the gatherings, a silver lining has emerged. White citizens marched side by side, full of guilt (masked as anger), sympathy, and respect where their privilege transformed into the protectiveness of the unprotected.
Read more »
Posted by Anthony Taylor at 2:03 PM No comments:

A Moment of Reckoning: How the Murder of George Floyd Should- and Just May- Revive Pan-Africanism


The murder of George Floyd (which, incidentally, took place on Africa Day 2020!), and the subsequent uprisings, provide yet another definitive marker in an already historic year. Make no mistake about it; the manner we currently speak about the 1992 and 1967 Riots is the same manner our children will speak of 2020. Except this time, the revolution will be served with a side of viral pandemic.

But you know this already.

What is perhaps less apparent, despite casting a gigantic shadow, is the international significance of this particular moment. We have seen solidarity marches in Germany, South Africa, New Zealand, Ireland, UK to name a few of the 18 countries at the point of writing. China is using this as an opportunity to reassert anti-Blackness parity with their Western rival in the aftermath of reports of Covid-related Afrophobia in the Guangzhou province. Several African governments have also gone on record in condemning the latest in a tradition of Black death in the hands of American law enforcement.

Read more »
Posted by Shingi Mavima at 12:43 AM No comments:

Building A Better Tomorrow: Assessing the Core of Eugenic Ideology in 20th Century America and Today

Read more »
Posted by Caitlin Feehan at 1:46 PM No comments:

This year at #Shipannavida we join the world in celebrating International Women’s Day under the theme #BalanceForBetter. While we acknowledge the persistent gender imbalances that have plagued different spheres of society for time immemorial - education, employment, government - and the impact of this on women in particular, and on development in general – we believe a good place to start the conversation is by celebrating all the great women around the world who have defied the odds against them to break the ceilings, whatever the type.

A Pan-African Disconnect? Why the Global African Community and Zimbabweans Reacted Differently to Mugabe's Demise 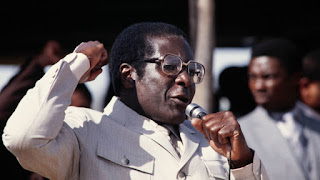 The past month has been a whirlwind in Zimbabwean- nay, global- politics. In a twist of fate never imagined by neither the most astute pundit nor optimistic foe, Zimbabwe's 93 year-old president, Robert Gabriel Mugabe resigned from office after 37 years of polarizing rule. Reactions were instantaneous. The vast majority of Zimbabweans celebrated: in the streets; in homes, and online. Even the more forward thinking, technical, or skeptical in that number who expressed concern about the precedence set by the bloodless coup or the fact that Mugabe's imminent replacement was his long time protege (five decades!) and cut from the same cloth, still recognized the grandeur of the moment and the hope that sprung therefrom. The larger international community (for what it matters) shared in the jubilation and optimism.

Intolerance in the Time of Trump

Intolerance is a dominant force in political and social environments today.  What has happened to the morality, at least on the surface, of this nation?  Should we keep fighting for what is “right”, or has the influence of leadership on hegemonic culture ingrained a practice of intolerance?

I saw a graphic in the days following the tragic act of terrorism in Charlottesville, and Donald Trump’s subsequent comments on the incident.  The graphic introduced the Paradox of Tolerance by the philosopher Karl Popper:

¡Adios Hipócrita! A Farewell to the Revolutionary Who Failed his Revolution 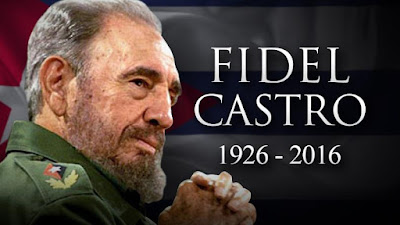 It was in the early morning hours of the middle of the night when I received the same message from different notifications:

Once again, the world focused its lens on the largest country of the Antillean islands. Hundreds of exiled Cubans and Cuban-Americans, accompanied by the mayor of Miami, assembled on the streets of Little Havana to sing, "¡Se Fue!"

He's gone. However, his shadow is not.